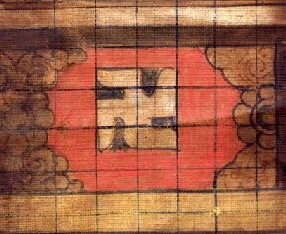 Those who translate Buddhist texts from Tibetan into English sometimes talk in nostalgic terms of our forbears who laboured to translate the vast corpus of Sanskrit Buddhist literature into Tibetan. In contrast to the chaotic scene today, where nobody can agree on a standard English word to translate any given Tibetan term, Tibetan translators worked under a top-down system in which royal edicts decreed the correct Tibetan word to be used for every Buddhist Sanskrit term. The result was the admirably coherent and consistent canons of Tibetan Buddhism, undoubtedly one of the wonders of the Buddhist world.

When we look at the Dunhuang manuscripts however, the situation seems rather less coherent, and a bit closer to the chaos of our times. The coherence of the Tibetan canons was the result of a process, centuries long, of rethinking translation practices, revising earlier translations, and weeding out dubious texts. This process is visible in all its messiness in the Dunhuang manuscripts, and one of the ways it reveals itself to us is the many different ways a single Tibetan word is used in Buddhist translations.

One of the problems for the early translators was what to do with certain important and powerful words that came from the pre-Buddhist culture of Tibet. In some ways it was clearly beneficial to use these words, so as to give them a new, Buddhist resonance. But they came with a lot of baggage. The same problems face translators nowadays when we contemplate using Christian words like ‘hell’ and ‘sin’ to translate Buddhist concepts.

One of the most powerful and resonant words in pre-Buddhist Tibet was yungdrung (g.yung drung). It was a the key terms for the old royal religion, the mythological backdrop to the kingly lineage of the Tibetan Empire. For example, the inscription of the tomb of Trisong Detsen has the line: “In accord with the eternal (yungdrung) customs (tsuglag), the Emperor and Divine Son Trisong Detsen was made the ruler of men.” I discussed how to translate that term tsuglag in an earlier post. Here, as you no doubt noticed, I have translated yungdrung here as “eternal”. Eternity seems to be the general meaning of yungdrung in the early religion. In addition, the word was associated with the ancient Indo-European swastika design, which in Tibet was the graphic symbol of the eternal.

So, what did the early Buddhist writers and translators do with this term? Many of them just attached it to the word “dharma” (i.e. Buddhism), no doubt in an attempt to transfer its prestige from the earlier religion to Buddhism. Thus we see “the eternal dharma” (g.yung drung chos) in many Dunhuang manuscripts. Translators of Chinese Buddhist scriptures into Tibetan used it to translate nirvana. Translators of Sanskrit Buddhist scriptures used it to translate the Sanskrit samyak, meaning “correct” or “perfect”, as well as various Sanskrit terms meaning “eternal”. This messy scene begins to look more like the chaos that bedevils contemporary translation efforts..

Later standardizations of translation practice in Tibet fixed yungdrung as the translation of just one Sanskrit word, sanātana, meaning “eternal”. This Sanskrit word doesn’t appear very often in Buddhist texts, where the Sanskrit word nityā is prefered, and the latter was translated by a different Tibetan term (rtag pa). So yungdrung was almost written out of Buddhist translations, but its story doesn’t end there. From the 11th century it became a central concept of the later Bon tradition, so that the later Bon tradition itself came to be known as ‘Yungdrung Bon’. There is much more to tell, but the full realization of those developments comes later than the Dunhuang manuscripts, where yungdrung is still in the process of being redefined by the Buddhists.

Let’s look at just one Dunhuang manuscript, in which the attempt to redefine yungdrung in the Buddhist context is unusually clear. The manuscript (IOL Tib J 339) is a the prayer with interlinear notes. One line of the prayer is an homage to “correct yungdrung” and the notes go on to spell out the difference between correct and incorrect yungdrung. I’ll translate the note here:

Correct yungdrung means the following: when you remain as the Bhagavan Vairocana and his entourage of bodhisattvas, you take in the meaning of the unborn nature of phenomena. Then you are not endowed with birth or death. When the yungdrung of the lifespan is accepted as the [nature of] the deity, this is correct yungdrung.

Here we see a Buddhist re-reading of immortality as the unborn nature of the meditation deity. ‘True’ immortality is not a long life, but the realization that transcends birth and death. I wonder if the incorrect yungdrung here refers to Chinese (especially Daoist) practices of securing long life or immortality, particularly the teachings (“the yungdrung of words”) and alchemical experiments (“yungdrung of substances”)? After all, in the previous post on this manuscript it emerged that the definition of incorrect tsuglag was aimed at Chinese practices of astrology.

In any case, perhaps we translators can take heart. The coherence of the Tibetan corpus of translations was the end result of a process of centuries. Take a slice out of that process (like 9th-10th century Dunhuang) and it sometimes looks as messy as the contemporary scene.

17 thoughts on “Buddhism and Bön III: what is yungdrung?”